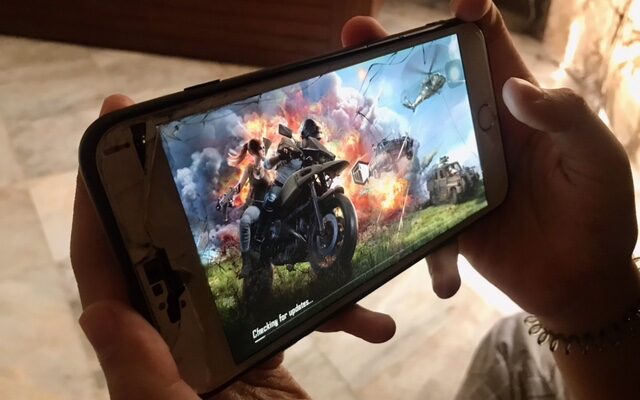 A well-known madrasa (seminary) in Karachi, Pakistan, has issued a “fatwa” (religious edict) that excludes those who play PUBG, the online game, from the realm of Islam, with the additional penalty of having their marriages declared null and void.

The fatwa was issued by Jamia Uloom-e-Islamia Banuri Town in response to a question asked by a citizen.

The religious edict has sparked a fresh debate on the issue and is a hot topic of discussion on social media.

PUBG, the popular online game, is a source of much irritation to parents all over the world, especially those who have tried and failed to wean their children away from its dubious charms! In Pakistan, however, it is also an “unholy” terror that has had the country’s Muslim clergy bristling against it.

According to the Jamia Uloom-e-Islamia’s website, last week, a citizen mentioned that the imam of his mosque had said that a person who plays a Player Unknown’s Battlegrounds (PUBG) game is no longer a Muslim, and if he is married, his nikah (marriage) is annulled. He asked the seminary if this was correct.

“According to our information, in PUBG, the player has to sometimes worship idols in order to gain ‘power’,” said the seminary in its reply. “These acts constitute idolatry, which is prohibited for Muslims and goes against the concept of Tawhid, the oneness of Allah.”

“Therefore, it is incumbent on PUBG players to renew their faith and nikah, the fatwa concludes,” said the edict adding that even if a person does not bow to an idol in the PUBG game, it is still not permissible to play it, as it contains many other evils.

Jamia Uloom-e-Islamia belongs to the Deobandi school of thought in Sunni Muslims. Deobandism is a conservative Islamic orthodoxy that follows a Salafist egalitarian model and seeks to emulate the life and times of Prophet Mohammed. Most of the Taliban leadership attended Deobandi-influenced seminaries in Pakistan.

PUBG was blocked by the Pakistan Telecommunication Authority on July 1 this year but was restored on July 24 by the Islamabad High Court.

The authority blocked the game after receiving several complaints that it was  “addictive,” a waste of time and had a potential negative impact on the physical and psychological health of children.

“According to media reports, cases of suicide attributed to the game have also been reported. The Lahore High Court has also directed PTA to look into the issue and decide the matter after hearing the complaints,” said the PTA statement.

It said that the decision was made by the Authority after a detailed hearing conducted in PTA on the directions of the Lahore High Court.

However, the Islamabad High Court on July 24 declared the Pakistan Telecommunication Authority’s move to temporarily suspend the online game void and directed the authority to “immediately” remove the ban.

Mufti Abdur Rehman of the seminary said that it is not legitimate to play PUBG because of the “immoralities” in it.

“Many people have contacted us after we issued the religious decree against playing this game,” he said. “Therefore, it is necessary to further clarify it.”

He said that a Muslim playing this game will be excluded from the realm of Islam and his marriage will be considered void if he plays PUBG up to a certain stage of the game where he has to bow to an idol to gain more powers.

“Anyone who plays this particular stage of the game has to renew his faith and marriage, but if he has not played this stage, there is no need to do so,” said Rehman. “In any case, playing PUBG is not allowed due to the many other evils in it, and whoever does so, is committing a sin.”

This religious decree has put many players in a bind and they are confused about what they should do.

“We are a group of friends who play this game and we are all confused about this decree,” said Saqib Ali, 28, from Islamabad, a PUBG enthusiast. “It is just an online game so what difference does it make if we bow to an idol in a game. This is the only recreation we have and now we are confused about whether we should continue playing or not.”

The madrassa is also being discussed regarding another religious decree about having a YouTube channel and earning income from it.

The decree states that any income from a YouTube channel having music, photos or videos of a living being or unIslamic advertisements, is illegitimate.

Mona Ali, 27, and resident of Lahore, recently launched her own YouTube channel with videos on different topics and is working hard to monetize it. She says that such restrictions will make it very difficult for her to earn some money from it and support her husband.

Lawmakers in many Gulf states, including Saudi Arabia and the United Arab Emirates, have expressed concern over PUBG because of its violent content and addictive features. PUBG is already banned in India, the Indonesian province of Aceh, Iraq and Nepal.