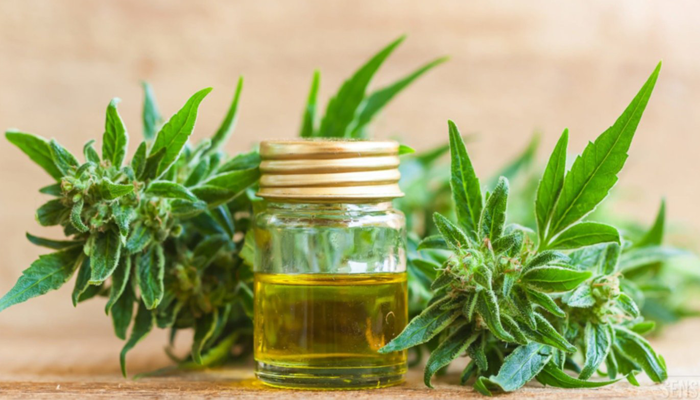 When introducing updates related to COVID-19, the city manager’s office announced that the application for the farmworker household assistance program is now open. Anyone in need of assistance can call Eva Magana at 805-385-7401. The office also highlighted that the response deadline for the U.S. Census is September 30— Carmen Ramírez, Mayor Pro Tem and councilmember for District 2 emphasized the importance of the Census for the future of Oxnard.

Oxnard city manager Alexander Nguyen also discussed the AB 1482 tenant protection act, that requires landlords to have a ‘just cause’ in order to terminate a tenancy. The act goes into effect on January 1, 2020 until January 1, 2030.

Regarding the CARES ACT, the city manager announced a $1.5 billion CARES ACT 3 injection of CDBG funding for the city. CDBG stands for Community Development Block Grants—the $1.5 billion must be used for both low income direct assistance and response to COVID-19. The city manager’s office will come back with recommendations on how to invest and distribute the funds to provide for Oxnard residents.

In addressing their individual concerns, Councilmember Vianey Lopez for District 4 requested the council consider how to support small business owners affected by the closure of indoor dining. She requested the city manager to consider a temporary ordinance to place a cap on commission fees that are charged by 3rd party delivery services.  “I request this cap in order to help local businesses to hold onto some of those profits especially during this time that is so challenging for so many,” Lopez said.

Oscar Madrigal, council member for District 3 reminded residents watching that free COVID-19 testing would be offered Sept. 22 and 29 from 12-5 p.m. at Our Lady Guadalupe in Oxnard. The testing site is walk-ins only, a drive-thru will not be available.

Mayor Tim Flynn went on to address updates on Fisherman’s Wharf. He announced that the county is sponsoring a resident led committee that will make recommendations and determine whether development proposals are consistent and effective.

The next portion of the meeting focused on the Cannabis Equity Program and Cannabis Cultivation. The city manager presented updates and questions for the city council—the council’s objective was to offer suggestions to 5 questions posed by the city manager in regards to next steps with the equity program and cultivation.

To preface the topic of Cannabis, the city manager told the council that the cannabis industry has been hauled the “next California gold rush.” “It is an extremely lucrative and newly legalized industry, cannabis is about serious money, bottom line,” City Manager Nguyen said.

The goal of this council meeting was to present the City Council with 5 questions:

1. What does it mean to be a local resident?

2. Is Council supportive of 10 retail cannabis permits this round?

3. Should Local Equity applicants be allowed flexibility in the required one-time payment of $250,000?

4. Does the Council Support the use of the one time funds for the PBID and Multi-Service Building?

5. How should the 1% donation of an operations annual gross receipts be allocated? This amount is envisioned to be 373,000 a year.

The first question of what does local mean, the city manager’s office recommended that a local resident be defined as someone residing in the city of Oxnard limits as of February 2020. The office also recommends local ownership to be greater than 50% of residents living in the city limits.

While Councilmember Oscar Madrigal suggested a 40% ownership for local residents—Councilmember Lopez, Perello, Ramirez, MacDonald and the mayor agreed. However, Bert E. Perello raised a concern that some people will acquire a permit license and then leave the city after a year or two. Basua stuck by her suggestion of 50% ownership to local residents.

Next, the Council added their suggestions on whether they agreed on granting 8 retail permits and 2 additional local permits? The city manager’s office clarified that within the 8 retail permits, applicants can also be local residents however the additional two permits are strictly for residents. Although the capacity for total permits is 16.

Councilmembers MacDonald, Lopez, Madrigal and Basua agreed to the 10 total permits arrangement. However, Councilmember Perello said he preferred to leave it to only 8 retail permits that were available to residents and non-residents. While Mayor Flynn supports the recommendation for 8 retail and two additional permits but would be open to expanding it to a total of 10 permits but with 4 permits restricted for local equity.

In regards to the required one-time fund of $250,000, the city manager’s office recommends the money allocated be used for property based improvement district creation and implementation cost. As well as, renovation of the multi-service building on 1500 Camino Del Sol.

With the proposed question of whether to allow flexibility of the $250,000 payment for local residents, Vianey Lopez,  Councilmember said she would altogether like to see the one-time payment amount reduced for residents. While Perello said “this is the price of business” and urged against waiving any amount of the fee. However, he was open to accommodations or payment plans for residents.

City Manager Nguyen said that after speaking to large companies looking to apply, they did not address any concern over the one-time payment amount.

Councilmember Basua said the amount was low for Cannabis companies, stating the companies make large profits—she said the Council should instead only work with flexibility for local residents.

Councilmember Madrigal and Mayor Flynn both agreed to not waive the $250,000 but add flexibility in the payments.

When asked this question, does the Council support the use of the one time funds for the PBID and Multi-Service Building? Councilmember Madrigal said the proposed areas wouldn’t support outdoor activities and Ramirez said she’s concerned the programs wouldn’t address the youth needs.

Councilmember MacDonald and Lopez agreed on the suggested allocation of the funds and Perello said he wasn’t comfortable picking who does and who does not get the funds. Mayor Flynn said he’d like to see Madrigal and Ramirez’s concerns addressed.

For the last question, how should the 1% donation of an operation’s annual gross receipts be allocated—the city manager recommended the funds be used to aid the homeless service needs in the city. Councilmember Perello said companies should donate the amount to the nonprofit of their choosing while MacDonald agreed and said the Council could create criteria as to which nonprofits are right to choose.

Councilmember Ramirez said the homeless sheltered community in the city is huge and these funds would be of best use to help people shelter. While Basua agreed homelessness is an important issue—she preferred to see the funds used committed to youth development. She said the future is in the children and the youth are being lost to drugs and gangs. Councilmember Madrigal agreed with Basua.

Mayor Flynn said he understands all the competing priorities of the Council but he felt a sense of responsibility for the youth and would advocate for the funds to be spent there.

In terms of Cannabis Cultivation, the city manager’s office recommended the Council move to create an indoor cultivation ordinance with consideration to odor, water, energy, sustainability and safety needs.

As the conversation on Cannabis took up most of the night, at around 10 p.m., Mayor Flynn called for Item 3 on the agenda to be scheduled for another night. The item to be discussed was funding for Services Like Oxnard 911 Safety, Medical Response, Financial Recovery and Accountability Measure,” and a local 1.5 cent sales tax to collect funds to be used only for Oxnard.

Mayor Flynn said 19 local speakers were scheduled to speak and he suspected the debate between the Council would take at least two hours. In order to present the topic during an hour where more of the public could listen in, the Council voted to move the conversation to a special meeting on Sept. 22 at 6 p.m.

The Council also voted to continue on the last item to discuss—Ormond Beach. The city manager office relayed information regarding the State Water Resources Control Board Approval of the Ormond Beach Generating Station Three-Year Extension, the Process for the City of Oxnard and GenOn to Establish the $25M Trust Fund with the Ventura County Community Foundation (VCCF) to Dismantle the Power Plant, and Continue the Effort to Achieve the Ormond Beach Restoration and Access Plan.

The city manager detailed next steps for the office including establishing a Trust Fund at the Ventura County Community Foundation to dismantle the power plant and conduct an environmental review and clearance for dismantling the plant. The city will also obtain demolition permits to dismantle the plant.

The city said the end goal is to reclaim Ormond Beach, obtain open beach access and for South Oxnard to have a beach in their backyard.

Mayor Flynn thanked members of the city manager’s department and Oxnard residents who have remained vigilant with the issues of Ormond Beach.

“There’ve been people who have worked on Ormond beach for decades but this is just a step in the right direction, we need to build on this, not necessarily on the site but on the momentum,” Mayor Flynn said. 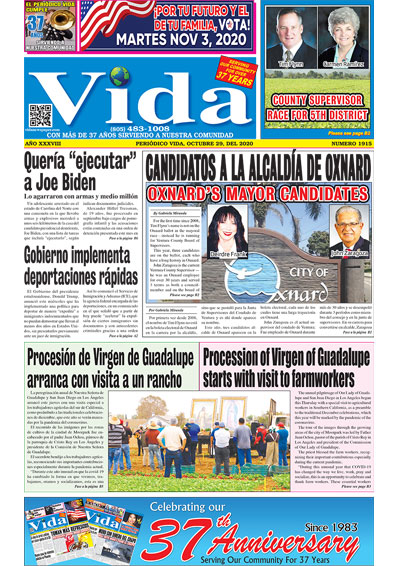 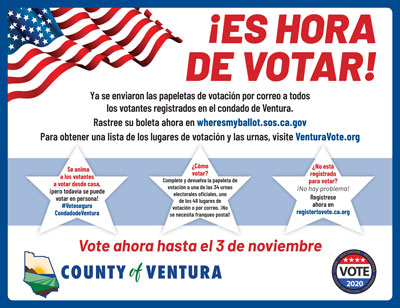 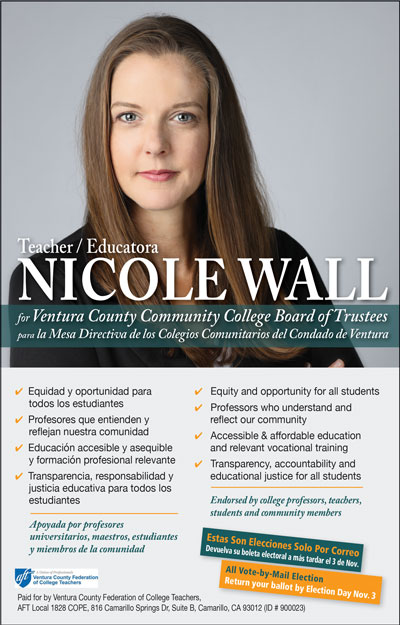 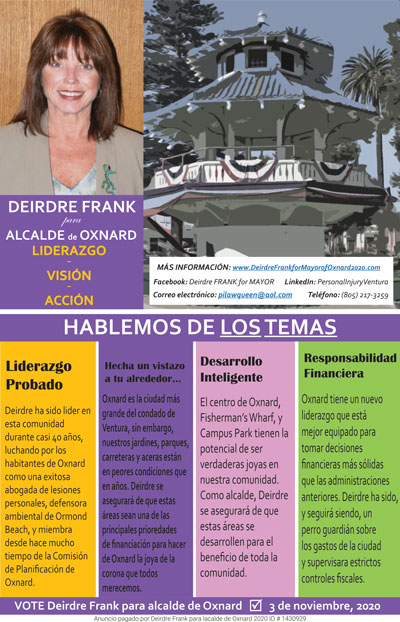 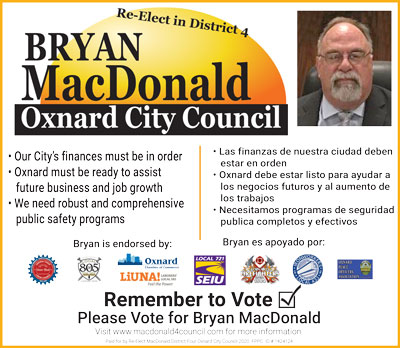 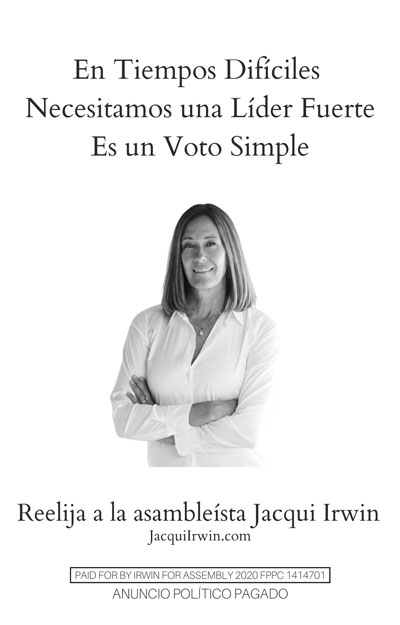 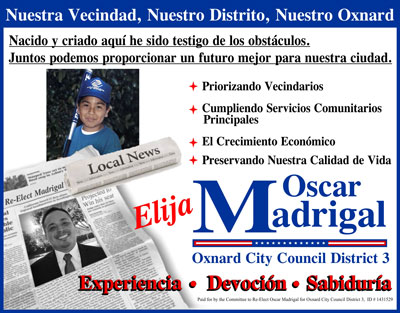 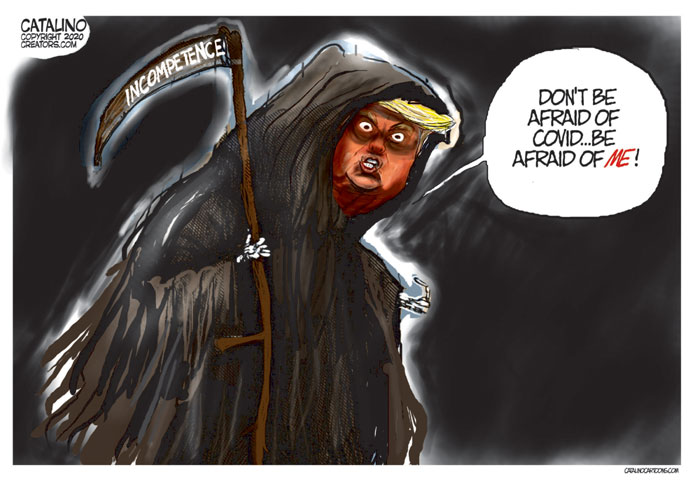